You can waste a lot of CSET prep time. Many go in the wrong direction and study the wrong content. Others partake in a lot or CSET test prep activities. They feel and look busy, but in reality are doing little or nothing to actually move themselves to a passing score or their California teacher credential.

Doing things that have no impact on your score will cost you big time. It a cost you can’t afford.

The point is: Whether you’re using CSET practice test questions, study guide books, flashcard or a prep course, you need to get the most productivity out of the limited time you have.

You wouldn’t consciously choose to take 3-7 times longer than necessary to prepare for the CSET.

So why would you?

Why delay your bright future in education and needlessly extend your CSET test prep time months longer than necessary? 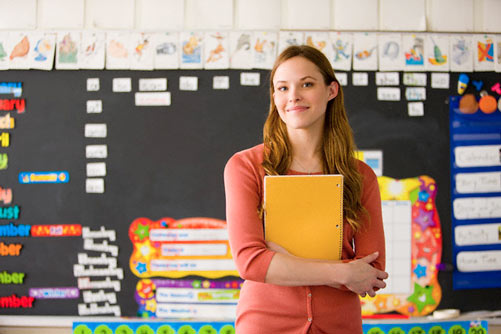 Daily routines are molded into your life over years. Unfortunately, some of these habits can destroy the CSET exam success you deserve.

Maybe that type of test preparation got you through college exams. And maybe you feel it’s rude put people off when they call or demand your attention, but will those methods allow you to pass the California Subject Examinations for Teachers?

If you’re not actually increasing your score in each hour of CSET prep, you’re just not being productive in your study sessions. For most test takers it’s an illusion you can get your California teaching credential with such ineffective preparation habits – so identify and target your big roadblocks in test practice.

People have a tendency to do the easy thing first when studying for big standardized test. So even if you’ve managed to get yourself to study and postpone less important things, you must to prioritize your test prep. You’re just not going to pass the CSET if you just dig into it without a plan each review session.

Mindless test prep for the CSET when you’re not even sure if the material be on your exam is time you can’t afford to waste.

Don’t let your testing costs get higher by having to retaking this test again and delay your career in education. (Aren’t the testing fees high enough?)

What If It’s Still Hard To Find Time To Prep For The CSET?…

Ask yourself, “What tasks and activities do I do everyday or week I could either cut in half or completely eliminate until I take the exam?

Ditch Those Old Study Habits To Optimize Your CSET Preparation

If you failed the CSET, you’re probably aware your prep habits and study strategies need a massive overhaul. For example, did you try to save $23 on that high quality, comprehensive study guide and practice questions you needed to pass? Then did you end up wasting hours preparing for the CSET with “might be” exam content on Wikipedia?

Want to take your CSET prep up another notch? Get your hands on the ultimate CSET exam practice and test coaching from the educational experts.

Go to: CSET Study Materials And Books I Used To Pass My California Teaching Credential Test

Don’t let that get you down. In fact, listen up to the inspiring story of Alicia. She failed the first time. However, she discovered how to navigate her way through a maze of mediocre CSET practice tests, study guides, preparation workshops and finally passed.

The Right CSET Test Prep To Pass The First Time

Alicia knew she couldn’t gamble with CSET prep courses or books. She had to pass her teacher California teacher credential exam this time because it would be her second attempt. When she first prepared for the CSET, she thought her real-world teaching experience, plus what she learned in her college classes would be all she needed.

However, once she got a devastating failing score, Alicia knew that she had to shape up fast or risk losing the career she went to college for.

She decided to get CSET test prep book from her local Barnes and Noble bookstore. Having already taken this test before, she knew what the test looked like and what was tested. Therefore, she was disappointed with overly generic CSET test preparation content and inaccurate practice questions. The dry, 400 page books read like the expensive textbooks she bought in college. However, those type of review materials didn’t prepare her. They were so non-user friendly and frustrating to use. It turned out to be a very impractical tool for getting a passing score.

Most of the CSET test prep books she bought on Amazon.com didn’t have a single practice question that covered the actual test material!

CSET Prep With An Accurate Practice Test Makes All The Difference

A friend had told her about test prep for the CSET created by CA educators who passed. They had outstanding CSET practice test questions that appeared like the actual exam. In this online course, Alicia’s friend received help from a test prep coach who is a licensed California educator. This expert passed and has helped hundreds get a passing score.

Her friend said, “When you have a technical question about some electronics gadget you bought, you call technical support for help, don’t you? When you have a medical concern, you see a doctor…

…Isn’t CSET test preparation important enough to get some consulting and questions answered?”

They continued to chat into the evening. They were perplexed how teacher candidates after 4 or more years of their life in college, some how think they’re going to prep the most important exam of their life without any help or investment in quality preparation materials.

Can it get worse that this?

Some CSET test takers after spending a small fortune (of approximately $10,000, $30,000 or more) in student loan debt, think they can pass with $21 book. (The authors of most CSET study guides are written by someone who never took the California Subject Examinations for Teachers!) Moreover, some teacher candidates think they know more about how to pass this test than someone who passed their specific exam and taught hundreds/thousands of others the key to a passing score.

No wonder why so many education students and professionals seeking a second career in education are prepping for the CSET wrong and failing.

Alicia refused to fail a second time. She didn’t want to be in the group of test takers who think they’re going to pass by keeping a warm seat at the test center.

Although she was low on funds and skeptical, she signed-up for a top notch CSET prep course by California teachers who passed. Immediately, she got online access to a ‘fast track’ practice test and study guide that matched her actual exam.

Her assigned test coach was available 7 days per week and even evenings. She assisted in pinpointing areas where she needed the most work in order to pass. Over the next few days Alicia strengthened her overall test-taking skills, brought up her vulnerable areas to passing level and dropped her text anxiety.

What The Best Prep For The CSET Must Accomplish…

Alicia learned this preparation for the CSET is a different animal. The same study methods that got her good grades and through college weren’t valid for this teaching examination. Further, she was provided with the dirty secrets of the makers of the CTC and NESINC doesn’t want you to know which included:

Once she was armed with this kind of exam help, Alicia was ready to try out everything she learned on her practice questions. And sure enough, with every example test she took, her score grew exponentially. Within 3 short weeks she passed with fly colors!

Needless to say, Alicia now has the California teaching position of her dreams – isn’t it time that you got yours?