If your head is spinning at everything you need to learn for the Praxis General Science test, you’re not alone. With so many possible subject areas, it can feel like the test expects you to be an expert in every area of science.

It’s totally normal to feel completely confident in one area of the Praxis General Science, but overwhelmed by the rest. In the end, there’s no way to avoid extensive studying if you want to do well. However, you can avoid the overwhelm and anxiety that cripples many test-takers. 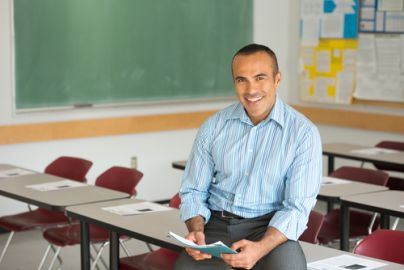 These 5 Praxis General Science study guide and practice test will help you study effectively and stay organized, focused, and calm.

To avoid instant overwhelm and anxiety, plan to divide your studying based on the five areas of the test:

SMT&H and ST&S are not only worth the least on the test, they tend to be the easiest sections for many test-takers. You’ll still need to study them, but probably not as extensively as the others. This leaves three main areas of focus for your studying: Physical Science, Life Science, and Earth & Space Science.

Tackle just one at a time until you feel confident and do a general review at the end. You’ll feel far less scattered and overwhelmed.

Warning: The Little Praxis Mistake That Cost My $41,000 In First Year Teacher Income…

Praxis General Science Study Tip #2: You Won’t Know Everything, So Don’t Stress About It On Test Day

No one expects to get every question correct. But many Praxis General Science test takers are surprised by how many questions completely stump them. If you get several in a row that you simply don’t know, just take a breath. 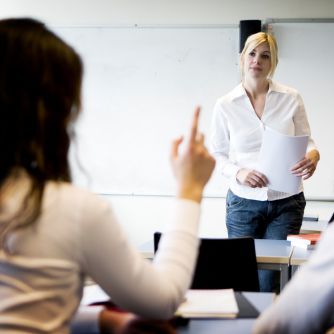 The worst thing you could do is let those gaps in knowledge shake your confidence and affect your performance during the test. Remember these points to keep yourself calm and focused

The physical science portion of the test determines 38% of your score on the Praxis General Science. So naturally, many testers focus on it the most as they study.

Everyone knows that chemistry shows up on the test, but some underestimate how much. Despite study guides and resources like the ETS study companions, some testers still mistakenly assume that “physical science” means mostly physics and study accordingly. Don’t make this mistake.

Know that if you hear anyone refer to the physical science portion as the “physics portion,” this is a huge misnomer.

If you’re like most Praxis General Science preparers, you have one or two areas of science that you love and a few areas that you struggle with. Your instincts may tell you to spend most of your studying time on your weakness, but it might be just as important to study your strengths. Here’s why:

So, if you know that you struggle with life science but excel in physics, aim to get almost all of your physics questions correct.

Of course, you’ll still want to shore up your weaker areas as you study. But if you devote all of your time to fixing those up at the expense of reinforcing your stronger areas, you’ll probably miss out on points that would have been easy for you to get.

The Praxis General Science test is so broad that it’s almost like three or four tests in one. So, it’s no surprise that some aspiring teachers find it helpful to treat it that way as they study.

Any Praxis General Science study guide will already be organized by subject matter. However, a top complaint about almost every Praxis II book is that they feel disorganized and overwhelming.

High quality Praxis test practice materials help reduce mental overwhelm and feel more organized as they study. College text books (as long as they’re still up to date) are a great way to gain more thorough information and to help you focus on one subject at a time.

Go: Why Some People Make Passing The Praxis Look So Easy…